While the RBA lowered the official cash rate to just 0.10% in their November meeting, the more important news was that the RBA will spend $100 billion buying Australian Government Bonds going forward.

Importantly this measure is designed to keep rates lower for longer and hence this action should see a prolonged period of very low rates.

That period is thought to be 3-5 years.

In addition to this measure the Reserve Bank has reduced the rate of interest it will charge the large trading banks under its Term Funding Facility (TFF) which was established in March 2020.

The rate was lowered to just 0.1%. So under this facility trading banks can access loan funds from the RBA for just 0.1% for eligible borrowers.

As a result, we saw last week the CBA come out with a fixed home loan rate offering of 1.99% which was quickly followed by an announcement from Westpac at 1.89% for their fixed rate home loan facility.

The table below gives you an idea of government spending as a percentage of GDP by country. 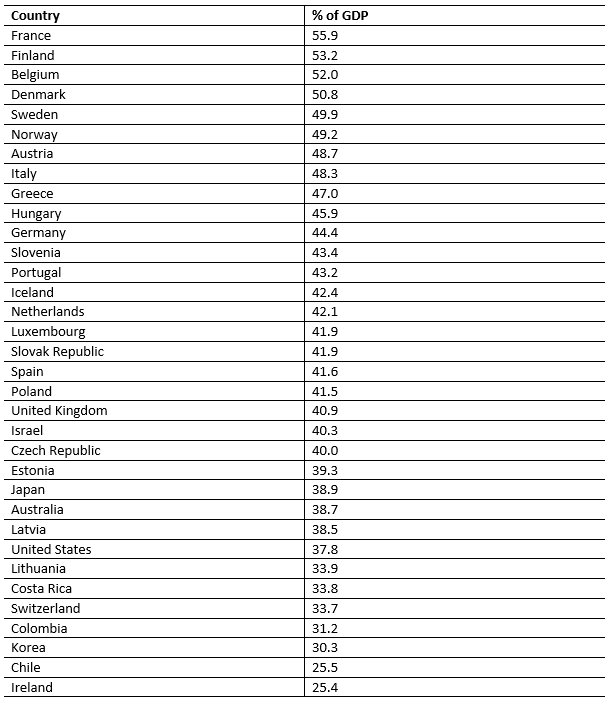 As governments borrow more and more to support economic growth the more likely we are to drift into Socialism by default as we expect government to solve all our problems and to keep the economy growing at all costs.